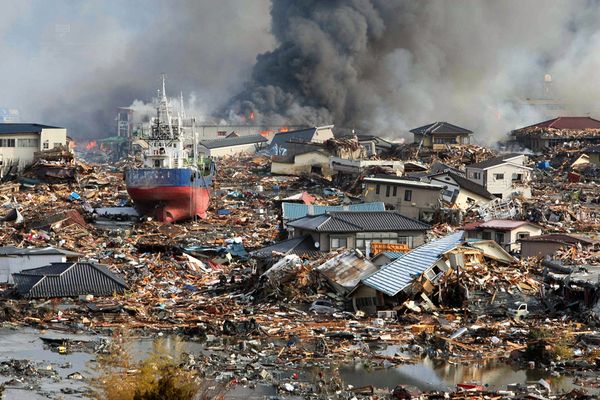 I’ve been back in Japan for almost two weeks.  My last trip of the year.  Most of my work this time is learning and planning.  There’s always so much learning to do.

Today I’ve been in Fukushima, at the Big Palette, a convention center.  Entering the space was hard on my heart.  I first heard about the Big Palette 978 days ago.  After 3.11, 2000 people were sheltered here. 2000. As I entered, I could see them in my mind in the halls and rooms.  2000 people who, on March 10th, were living vital lives which they themselves authored.  A month later they still waited patiently for people to bring them rice balls three times a day.  I wrote about the Big Palette in an early blog.  The day began with this energetic shock.  Seeing the 2000 people whose old lives had been taken away, surrounded by a City in which life — then and now — looked normal. 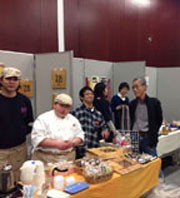 I was participating in a summit of 100 or so people who have been very busy for the 1009 days since the disasters.  They’re men and women, business people and members of nonprofit organizations, teachers and students.  All ages.  People called to step forward to do what they can.

As often happens here, I feel overwhelmed, amazed, inspired and confused.  In part, I am writing this blog to try to understand what the hell is going on and what’s next.  For many of us, in many parts of the world, if we get tired or worn out by our attempts to create social change or transformation, we can just go back to the old normal.  We can whine and complain and commiserate about how hard it is to change — and then eat a good meal, sleep in a warm bed, and wonder about when we will buy the next generation iWhatever.

The old normal is gone in Fukushima and it will take a long time to create the new.  We are in-between.  One colleague today was talking about a visit she recently made to Minamata — the town that became a pariah in Japan 40 years ago because of mercury poisoning.  She was amazed:  will we still be like that it 40 years?  So many people still holding grief in.  So much a sense of still being lost.

Long before 3.11 the median age was getting older as young people moved to Tokyo. The economy was sliding downwards.  If Tokyo was the proxy for “the good life,” it was increasingly unlikely that Fukushima would catch up. Now it is impossible.  Something else is needed — some other way to understand life, make meaning in life, live life.  What is it?  How is it discovered?

When a disaster happens, everything shifts.  It is a moment of punctuated equilibrium when the old is shattered and cracks are opened to create the new.  What happens is people start doing things — they act and see what happens.  We enter an unkownable time.  We act to discover what is.

Just one small story to illustrate how crazy things are.  Next to the Big Palette is a temporary housing community with about 300 households.  Some of the units are vacant now.  It is mostly the elderly who live there.  And I mean elderly — 80+.  Most of them are farmers.  They lived in three and four generation families on their own land and where their ancestors had lived.  Side by side, from many places in Tohoku, they live in this temporary housing now.  Some have been told to leave, to move back to their old towns.  It is safe, they are told.  Their survivor’s compensation from the government has stopped.  They now try to live on their farmer’s pension of $300 or $400 a month.  No other income.  Others in the temporary housing community are still receiving government subsidies.  Tensions grow.  But these elderly people have no back to go to.  They are being told they will live alone — their sons and daughters and their families have been settled elsewhere.  They are afraid — of radiation, of isolation, of life.  There are no evil people here.  Government is doing the best they can.  Everyone is.  What should be done?  Who will organize it?

For 1009 days people here have been trying many things.  They have gotten a lot done and have learned a lot. But what comes next?And how?  In today’s forum one of the eloquent things one person said is that we must respect and understand each other’s choices.  Each person is facing different circumstances.  We all must advocate.  We must raise the voice of the voiceless.  And there are so many questions… 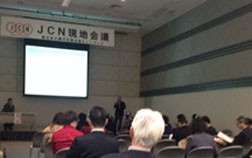 The list goes on and on,  What is needed at a systems level and how do we get there?  People know the work they have been doing is good and important — but it has to rise to a higher level if the system is to shift overall.  There is a ton of networking, a bushel full of dialog, thousands of gigabytes of information.

But how does this become a community that learns?  How do we leap to a new level?  It will be self-organizing, to be sure.  Structure government or other outsiders seek to impose won’t hold and certainly won’t create change.

A decade ago at The Berkana Institute we starting looking at one change model for working with emergence.  We looked at a logical progression from networks to communities of practice to systems of influence.  It’s still a good model.  And, life on the ground is really messy.  It doesn’t follow a model.

Sometimes I feel so powerless here.  I can see some things that might help.  I’m likely partially right, but even so, introducing anything simply requires exquisite patience.  Especially for an outsider like me, the new can be introduced only through my listening — and then finding the places to speak from that listening.

This is just a taste of my reality.  I step in the timeless dance of intention and surrender. Thank you for listening.