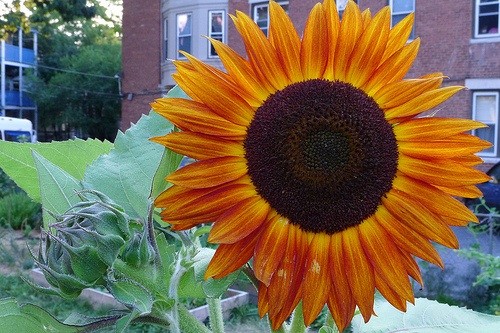 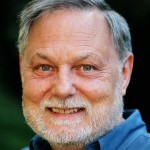 The next five to ten years represent an unprecedented break in the human journey. We are between stories, or the guiding narratives, that serve as beacons for our collective future. For example, the “American Dream” that pulled the U.S. forward for at least three generations is fast becoming the world’s nightmare as the excesses of consumerism produce climate disruption, the depletion of cheap oil, growing income disparities, and more. Instead of a different “dream,” people want wide-awake visions of real possibilities told in ways that are believable and compelling.

We face big challenges and it will take an equally big vision to transform conflict into cooperation and draw us into a promising future. The most difficult challenge facing humanity is not devising solutions to the energy crisis or climate crisis or population crisis; rather, it is bringing images and stories of the human journey into our collective awareness that empower us to look beyond a future of great adversity and to see a future of great opportunity. Stories of great transition offer alternative big-picture perspectives that place our time of transition in a larger context and illuminate a promising future. These narratives are of universal concern, simple and relatively easy to understand, emotionally powerful, and able to call forth our higher potentials; and all involve a time of profound initiation and deep transformation.

A growing team of storytellers has gathered more than a dozen enormously valuable, deep stories that offer beacons of hope for a promising future. The Great Transition Stories project is pulling together these positive narratives from many sources from around the world and bringing them into one place where they are easily accessible to educators, media makers, businesses, and more. This is a non-profit, trans-partisan, and open-source project whose goal is to assist humanity at this critical juncture by making these powerful stories, and supporting resources, readily available to the mainstream world. To illustrate the work of this project, here are summaries of four widely recognized stories for describing the human adventure:

1. A Global Brain Awakens: The human family is moving from a long history of separation to nearly instantaneous global communication and connection. We have developed tools that are supporting a quantum increase in our collective communication–and our collective consciousness–as a species. Our ability to communicate has enabled humans to progress from nomadic bands of gatherers and hunters to the edge of a planetary civilization. Because we are in the midst of an unprecedented revolution in the scope, depth, and richness of global communications, the impact of this revolution on our future will be equally unprecedented. The “Global Brain” is a metaphor for the worldwide network formed by people coming together with communication technologies that connect them into an organic whole. As the Internet becomes faster, more intelligent, more ubiquitous, and more encompassing, it increasingly ties us together in a single communications system that functions like a “brain” for the planet Earth.

2. Humanity Is Growing Up: Over tens of thousands of years, the human species has been learning and maturing. We have moved from our childhood as awakening hunter-gatherers to our late adolescence as a species on the edge of a planetary civilization. We are now moving collectively through a rite of passage, toward our early adulthood as a human community. In shifting from our species adolescence to early maturity, we seek a new relationship with the Earth, one another, and the universe.

3. Integrating Indigenous Wisdom: Indigenous peoples have a feeling of communion with the land and bring a natural sense of participation with the life force that infuses work and play in everyday life. These are vital capacities to reintegrate into modern cultures where people feel alienated from the Earth and one another, and regard the land and other people as resources to be exploited–resulting in great damage to the Earth and imperiling our future. Indigenous wisdom reminds us of our oneness with the Earth as an interdependent, living system; our oneness with each other and the other forms of life that are our companions; and our oneness with the universe that is our cosmic home.

This is a rare moment in human history when we are beginning to develop, for the very first time, the “story of, by, and for all of us.” There may be no more important task for humanity than to cultivate narratives in our collective imagination that can serve as beacons for guiding us into a promising future. No single story is adequate to tell the great story of humanity’s journey. Therefore, in the coming weeks, I will blog about a number of narratives that, taken together, provide the themes for describing the human journey in this time of great transition. I hope you will join the dialogue as this series continues to explore deep stories for a promising future.

Duane Elgin is an internationally recognized author, speaker, and trans-partisan media activist. He is the director of the Great Transition Stories project that, in turn, is a project of New Stories. Duane will speak about this work at a major gathering in Hollywood on February 4th, sponsored by GATE–the Global Alliance for Transformational Entertainment.

1 thought on “Change the Story to Change the World”