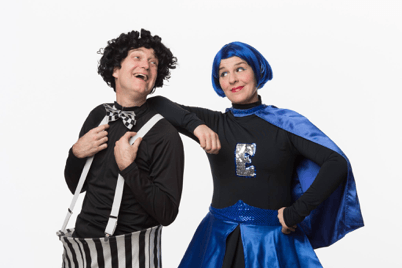 Environmental Superhero Coming to the U.S. 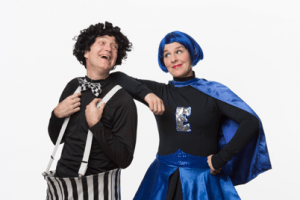 (Seattle, WA) Esmeralda Planet Protector (actor/costume designer Sara Holt), hero to millions of kids across Canada, and her sidekick Goober (actor/co-writer Ian Gschwind) are now getting ready to train young Apprentice Planet Protectors across the USA. “It’s clear to me with everything going on, that the US could use an environmental superhero about now,” she said in an exclusive interview with NewStories. “But even superheroes need help!”

For the first few years, Esmeralda’s presence and activities on Earth were a fairly well-kept secret: only elementary school kids in the Greater Vancouver area knew of her existence. She had a lot of fans – as did her sidekick Goober, but it wasn’t until she established her online school, The Planet Protector Academy, that news of this environmental superhero began to spread, as kids in 70 cities across Canada began to train with her to become real-life agents of change.

Known for battling Canadian supervillains like the Evil Dr. Carbon, The Evaporator, and Trashella, Esmeralda has now set her sights to help the US. This spring, she’ll be training young people in seven US cities in five states to drive behaviour change in their families and communities – kids working together to protect the climate. More teachers are expected to come on board in new regions too.

When asked how it is that this program works in very diverse communities, Esmeralda says, “It’s really  magic. Goober and I understand kids: we speak kids’ language, and we are experts in inspiring kids to action.” She laughs, “Fortunately, we use our powers for good. We are going to move the needle on climate.”

The company behind Esmeralda’s success is DreamRider Productions, a charity based in Vancouver, BC, 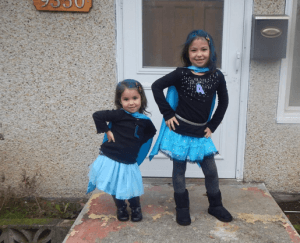 that has a mission to train superheroes of environmental protection, like these two young girls in Seattle!

Executive Producer/Creative Director Vanessa LeBourdais has been behind the scenes on the preparations for the launch. “Our partnership with NewStories has opened up a lot of doors for us already: we were one of five groups out of 200 to be funded by New Media Ventures, who are helping to fund the pilot.”

Think the US could use an environmental superhero? Support Esmeralda’s climate work in the US today!

Teachers – use it in your classroom!