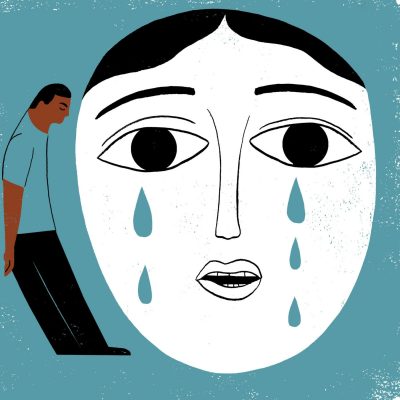 I Don’t Need ‘Love’ Texts From My White Friends

My book is coming out in a few months, and I don’t know if I’m going to be alive to see it, because I’m a black man.

On Monday evening my agent, a liberal white woman in her 30s, sent an email informing me that she was postponing our important meeting with my editor the next day. The agency representing my book was observing a Blackout Day “to honor George Floyd, Ahmaud Arbery, Breonna Taylor, and the countless other black men and women who have been unjustifiably brutalized and killed.”

The company planned to “take this time to reflect and think about long-term actions we can take both as individuals and as an organization to address the systemic racism that persists in our business and communities,” she added.

To paraphrase, my agent was pushing back a meeting necessary for the completion and timely release of my book — which is about how black people can apply the lessons we derive from traumatic experiences to our careers — so that white people could reflect on how to help black people. I countered, insisting that our meeting take place as scheduled because black people’s lives are in danger, and I shouldn’t have to sacrifice momentum on a book written for black people because white people are performing empathy.

This agency’s behavior is common right now. White people are pushing me and others like me aside to alleviate their own guilt and prove that they are different from Derek Chauvin, the fired police officer charged with murdering George Floyd in Minneapolis, and Amy Cooper, who tried to weaponize her whiteness by calling the police on Christian Cooper, a bird-watcher, in Central Park.

Black people are being trampled in the process. Many white people I know are spilling over with guilt and overzealous attempts to offer sympathy. I have been avoiding them as best I can, trying to live, support my black family and friends and execute normal life functions such as working, moving into a new apartment and cooking dinner for my girlfriend.

But brazen as ever, white people who have my phone number are finding a way to drain my time and energy. Some are friends, others old co-workers and acquaintances I’ve intentionally released from my life for the sake of my peace of mind. Every few days I receive a bunch of texts like this one, from last week:

Hi friend. I just wanted to reach out and let you know I love you and so deeply appreciate you in my life and your stories in the world. And I’m so sorry. This country is deeply broken and sick and racist. I’m sorry. I think I’m tired; meanwhile I’m sleeping in my Snuggie of white privilege. I love you and I’m here to fight and be useful in any way I can be. **Heart emojis**

Almost every message ends with seven oppressive words — “Don’t feel like you need to respond.”

Not only are these people using me as a waste bin for guilt and shame, but they’re also instructing me on what not to feel, silencing me in the process. In an unusually honest admission of power imbalance, the texter is informing me I don’t have to respond. (Gee, thanks.) This implies that whether or not I do respond — and I usually don’t — the transaction is complete because the message has been conveyed. The texter can sleep more soundly in a “Snuggie of white privilege.”

Many of my black friends have told me that they, too, are drowning in these one-way messages drenched in white guilt.

It’s possible that these white people with my phone number are misunderstanding what I need right now. Based on the feathery, nearly playful tone of the messages they’re sending, they seem to think what I’m experiencing during this time of killings and attempted killings of black people is some vague discomfort that a virtual hug can ease.

As a black man, what I actually feel — constantly — is the fear of death; the fear that when I go for my morning stroll through Central Park or to 7-Eleven for an AriZona Iced Tea, I won’t make it back home. I fear I won’t get to celebrate my parents’ 40th anniversary; I won’t get to add money to my nephew’s brokerage account on his third birthday; I won’t get to take my partner out dancing in her favorite Bed-Stuy bars.

But the fear doesn’t arrive only in the wake of uniquely viral killings of black people such as George Floyd, Breonna Taylor and Trayvon Martin. It’s a resting hum under every moment of my life.

It doesn’t feel like the hollow rejection of an ugly breakup. It’s not the stinging disappointment of missing out on a promotion. What I feel is the lingering fear of death. Heart emojis and positive vibes won’t help.

I’ve practiced detaching from the distraction of that fear since I was 7 years old, when I first saw the images of Emmett Till’s mangled face and body in my elementary school social studies class. That detachment allows me to do very basic things like get out of bed in the morning, earn a living and enjoy music without suffering in constant dread.

When you text me and tell me you’re “just thinking of me” because this fear is momentarily evident to you after seeing the atrocities depicted on CNN, you create work for me. You invite me to coddle you and respond to you and tell you that it’s not your fault and that you are special. That attacks my dignity. That dehumanizes me.

When you tell me I can share my feelings with you, it is an act of forced intimacy and prods at the detachment I’ve purposefully built up over time. You force me to excavate deeply painful feelings I’ve buried for my sanity and to avoid offending you. Because I know offending you is dangerous.

When you tell me I don’t have to respond, you rob me of the last shred of agency I have in this unwanted exchange by giving me permission to do what I already would have done.

Yes, these actions may seem grave. But you insist that you love me, and love requires sacrifice. Text messages are unlimited on most data plans. Emojis are not sacrificial.

If you’re feeling the need to check on me as your black friend, don’t. I’ll let you know what I need. If you don’t get a message from me, that’s a message.