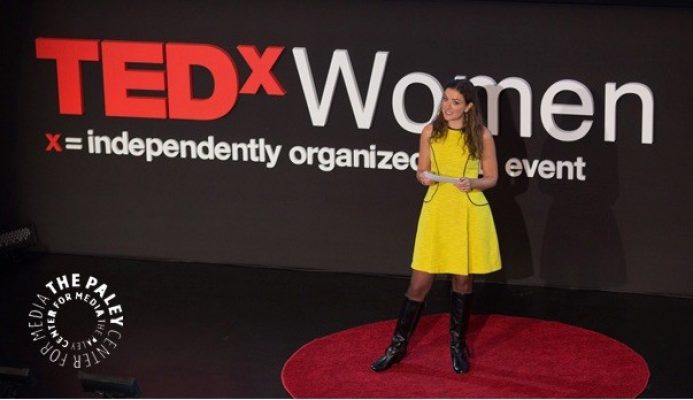 Why are white people waking up now?

Courtney Martin, in this recent blog gets right to the point. We’re waking up because our attention is finally available, because COVID has taught us about interdependence and because Trump’s blatant immorality and ineptitude has forced white Americans to question the legitimacy of our most venerated institutions.

As I’ve been watching people flood out into the streets–masks on, murals up, knees down–I’ve been trying to wrap my head around how this moment even happened. Why are white people waking up now?

One answer, of course, is Darnella Frazier.

Huh? Yes, her name isn’t likely etched into your gray matter as it should be, but now is the time. She is the 17-year-old Black girl who filmed George Floyd’s murder. She’s a national hero.

The footage was game-changing, no question about it. But there has been so much footage. Too much. Immorally much. What made our response different this time?

First, white people woke up because our attention was finally available. Sheltered in, barred from our usual distractions, emotionally raw from our own sense of stuckness and vulnerability, we heard about Ahmaud Arbery, and Breonna Taylor, and George Floyd and we had nowhere to hide from the indisputable horror of their murders. Sure, we still had Tiger King and our whining children, our endless worries about when and how we’d return to work or church, but sitting still for so many weeks had done something to us. It had turned us into more acute observers.

William James wrote, “Attention … is the taking possession by the mind, in clear and vivid form, of one out of what seem several simultaneously possible objects or trains of thought, localization, concentration, of consciousness are of its essence. It implies withdrawal from some things in order to deal effectively with others, and is a condition which has a real opposite in the confused, dazed, scatterbrained state.”

We, white Americans, were withdrawn from so many things. Confronted with limitation, our minds grew sharper and our hearts more permeable. Is it devastating that it took a new pandemic to get us to pay attention to a centuries-old pandemic? Yes. But there you have it. White supremacy is as powerfully numbing and dehumanizing as advertised.

Second, white people are waking up because we’ve rediscovered our local interdependence. We’ve been baking one another bread, hollering over the fences, leaving signs of gratitude and love on our neighbor nurse’s door. At first glance, this would appear to have nothing to do with the anti-racist wave that is cresting. Most neighborhoods are profoundly segregated. But here’s the thing: in slowing down, we are actually listening to the essential beliefs and seeing the essential stands of the people around us.

Anecdotally, I am hearing about so many white, as well as Asian-American, acquaintances who are going to their very first protest marches and taking police murders personally for the first time in their lives. Why? Many of them attribute it to the proximity of outrage. Their neighbors are pissed. And it has made them ask why they aren’t, or if, perhaps they actually are underneath the scourge of white apathy. The answer, as it turns out, is yes. Because underneath our socialized white supremacy, which leaves us deeply confused about wrong and right, we are humans who know full well that indiscriminately opening fire on an essential worker’s home is as wrong as it comes.

Genocide can be contagious, but so can morality. We are seeing a moral contagion among neighbors in privileged neighborhoods. People like us do things like this, we realize. We can express our outrage at the murder of Black people openly. We can show up at protest marches. We can donate to Black-led organizations. It’s not just people in big cities attending these protests; it’s people in small towns, rural enclaves, in every region of the country, and all over the world.

Third, and this is really Ta-Nehisi Coates’ insight: Trump’s blatant immorality and ineptitude has forced white Americans to question the legitimacy of our most venerated institutions. It started with the presidency. (Y’all, a failed businessman turned reality TV star is supposedly our president?! It still feels like a gross dream to me on a daily basis.) Once we realized just how much he wasn’t our president, we were able to take the next step: maybe these cops aren’t actually our cops? Maybe it’s not about a few bad apples, but a wholly rotten ecosystem?

In an interview with Ezra Klein, Coates’ explains:

The long history of black folks in this country is conflict and struggle, between ourselves and the state and other interests within the society so that we can live free. And this is the first time that I think a lot of us have felt that the battle was legitimately joined, not just by white people but other people of color. When I hear that brother in Minneapolis talk about how his store was burned down and him saying, “Let it burn.” That’s a very different world. It’s a very, very different situation. It’s not a great one. It’s not the one we want. But it’s not ’68.

Or as novelist Jenny Offill writes, “Your people have finally fallen into history…The rest of us are already here.”

Don’t get it twisted: the world is not changing because of white people, or even people of color. The world is changing because of Black imagination and Black organizing. And for those who are new to direct action and movements for justice, please know that these marches don’t just magically manifest. They are not born on Instagram. They are the result of years of community organizing on the part of visionary, tireless people who had a small hope that this day would one come, and a deep belief that if it wasn’t in their lifetime, it would still be worth it.

And it is. This moment should feel elating, even to white Americans, but it should also feel destabilizing. Because once you see racism’s roots, so deep in this American soil, you can’t unsee it. And then you start asking yourself all kinds of foundational questions, questions that could mess up your whole way of being a person in the world: where is white supremacy at my work? At my kid’s school? In our own sweet, but not immune, family? In my own body?

White friends, in the same way that our lives have been necessarily disrupted by the coronavirus, our lives must be disrupted by racism. Forever. We’ve got to grow up. For real this time. The world is not safe. It never was. But it’s also more beautiful and changeable than we ever could have imagined.

Welcome to the burning.