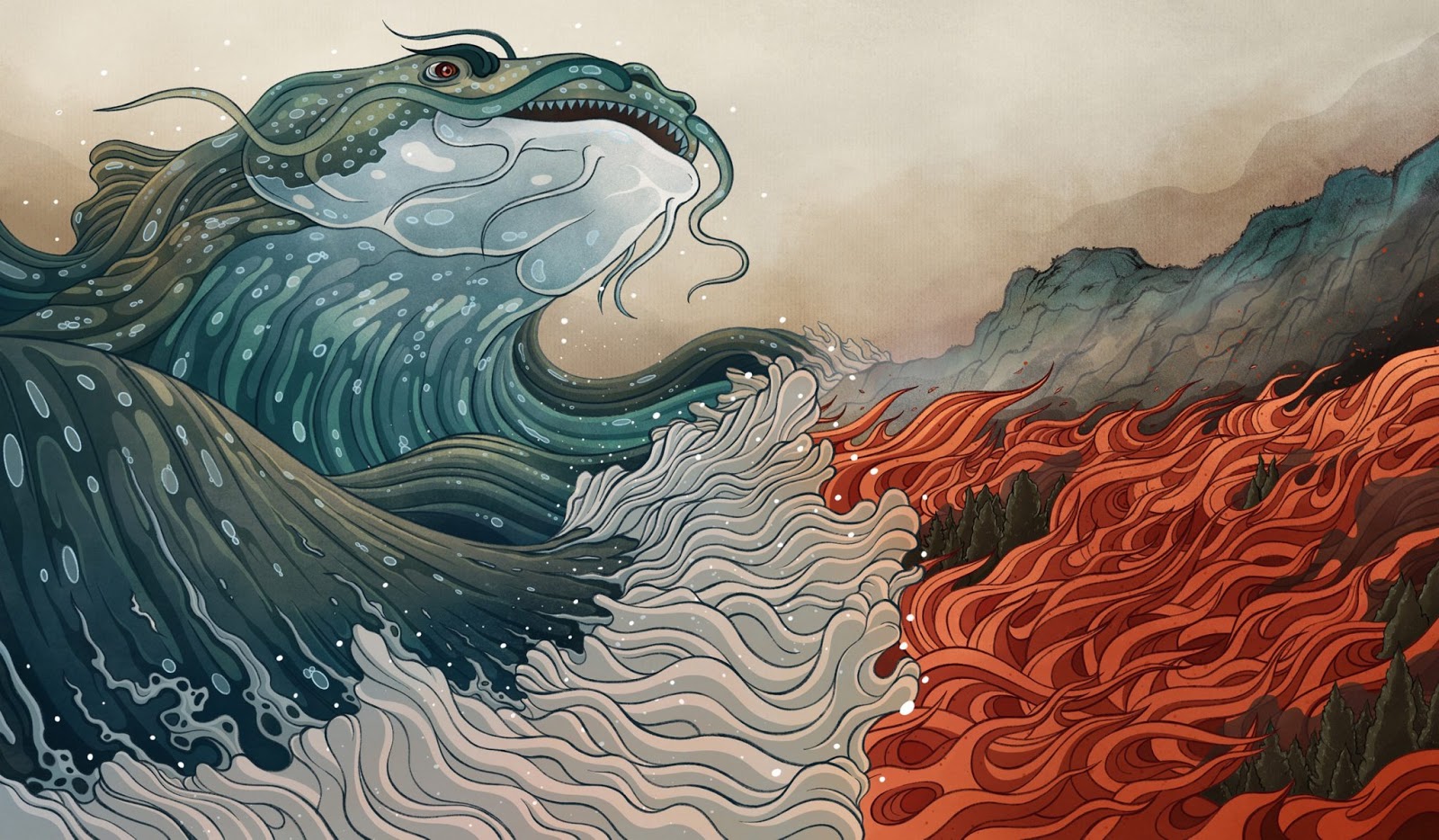 Ōnamazu is the giant catfish who lives beneath the island of Japan. Ten years ago, on March 11, 2011, Ōnamazu raged and a 9.0 earthquake shook the land. Forty Five minutes later, waves more than 50 feet high and traveling at more than 50 miles per hour slammed the northeast coast. The next day the reactors exploded at Fukushima.

The disasters were deadly and devastating. Just as the COVID-19 Pandemic has been this past year. After the destruction they cause, disasters also give birth to new possibilities. They are an end, and they are a beginning.

Join Bob Stilger, NewStories Founder, in this interactive session on Wednesday, March 24, 9:00 – 10:00am Pacific Time. Bob will lead us in both commemorating the Triple Disasters and in exploring together what it takes as we support our communities in stepping forward after COVID. Much is the same and everything is different, from March 2020 to March 2021. There’s never been a better time to ask what’s possible now that was not possible before?

Bob Stilger has worked for decades in many places and contexts to help people build healthy and resilient communities. In the early part of this century he began to focus more and more on places of disaster and collapse, first  in Zimbabwe and many parts of the Global South, and then in Japan. Six years after extensive work in Japan’s Triple Disasters of March 11, 2011,  he wrote the book, AfterNow: When We Cannot See the Future, Where Do We Begin. AfterNow provides many stories, methods, and tools for post-disaster way-finding and regenerative community building. Over the past 3 years, Bob has also worked in many of the fire affected counties of Northern California. Since 2018, he has facilitated the convenings of First People’s from Alaska, Louisiana, the South Pacific, and other parts of the world who have been forcibly displaced from their lands by the climate crises.

Use the form below to register for this event. Please select a price and submit the form. You'll receive an email with event details once you register.