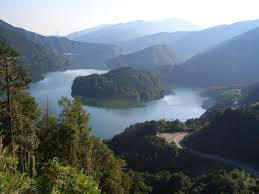 I’ve just spent 8 out of the last 10 days in Future Sessions with people from all over Japan — Fukushima, Tokyo, Kyoto, Shikoku, Kyushu.  It’s been an amazing time.  I want to share some of the stories and learning that are brewing in me.  I feel like I am following bread crumbs.  This is a little disjointed, perhaps you can help me see the picture that is emerging. This last stretch of work began in Okayama, quickly followed by sessions in Takamatsu and Tokushima. Almost four years ago we started introducing Future Sessions into Shikoku.  A gentle, fierce man named Takeda-san has been the guiding force.  Born in Takamatsu, he ran a construction company in Tokyo for many years before being called home to support his mother at the end of her life.  He met Yagi-sensei from Kagawa University and together they created Social Venture Partners – Shikoku and I introduced Future Sessions to them in 2010.  For Takeda-san, it was like a bright light going off:  I spent years trying to run a company by telling others what to do, he said.  All I did was exhaust myself. What if I ran a company by listening?

So he’s been calling in this Future Session energy — introducing the idea, working with me and others to do introductory sessions, finding new partners.  I think it is time for the real work to begin.  People are ready and see the need.  The work in these first three communities started to reveal a theme.  In Tokushima, an opening question I asked to the 50 or so people who were with us for the day was what is possible now in Tokushima that was not possible before.  There were many responses, but one that kept showing up in different places was a theme of connections.  Three bridges now connect Shikoku to the main Island of Honshu — not that many years ago, it was only connected by ferries.  What’s more, the internet has connected Shikoku not only with Honshu, but the rest of the world.  The owner of the television station in Takamatsu was telling us about the bilateral market relationship he is developing between Takamatsu and one community in China.  There’s a sense of being connected — which changes everything and is at the core of some new learning for me.

Later, I was helping my colleague Ai Sanda from Recruit conduct our third 3-day session of a community of practice of rural practitioners we are developing.  We first convened the community last October and have about about 16 members from 6 areas.  On our second day, when we were hearing from one of the communities about their work, one young man kept talking about what he had been inspired to do because of being in this community.  I kept wondering — what’s inspiring him?  So we decided to ask the whole group.  Amazing conversation.  Some of what was said:

At one level there is nothing remarkable about this list — and it is totally remarkable.  This is a community of practitioners.  One of the expressions I love most was when I am listening to your story, I am always thinking about my town.  This is not learning for a degree or a certificate – it is learning for life.  And it comes because of connection.

Now, I want to back up a moment.  In Japan I often talk about how change always comes form the edges.  I use the example of the Meiji Restoration of 1868 which took Japan out of its feudal period into the so-called modern era.  It began in Shikoku and Kyushu and other places on Japan’s edges.  Particularly when I am with rural people here I remind them that transformative change is unlikely to come from Tokyo — it will come from them.

But I realized in this last ten days that I have been caught in an old story.  Potentially the density of connection by bridges and internet and other forces changes everything.  I suddenly realized that this community exists, in part, because of the support of Recruit — a major company based in Tokyo.  It is not either/or — it is a new connected partnership between rural and urban.

When I was home in the US in the winter and spring, I was blown away when someone was telling that it is not a blue state/red state divide — it is a blue cities, red rural divide.  I’d never realized that.  What would happen if we realized we needed each other and started to consciously create urban/rural partnerships in the US?  What if we decided we actually needed each other and liked each other?  What if our levels of connection with each other are so high that we could actually come into relationship and from that relationship create something new.