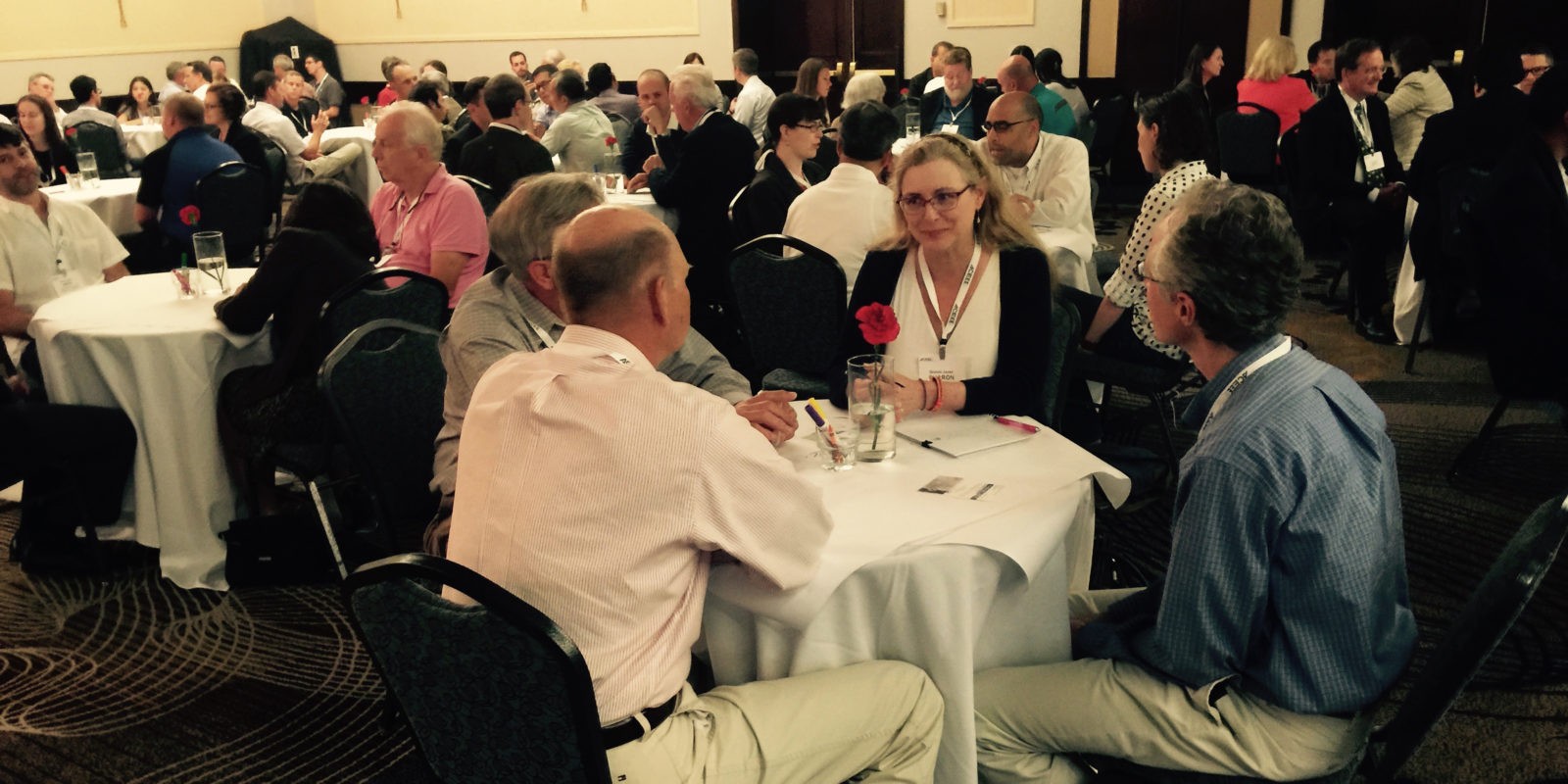 I was asked to provide some assistance to a U.S. conference last week. A gathering of 280 or so good folk who are doing work to increase energy efficient in industries. Their normal conference is multiple parallel sessions where juried papers 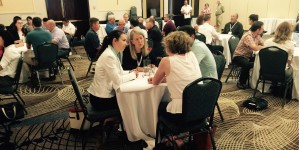 are presented; they asked me to bring in just a little bit of participatory process. Nothing complicated. We began with a World Cafe to connect people with each other and with their purpose in being present. We ended with an Open Space to explore the questions they were taking home.

Since I wasn’t a participant, I didn’t get preoccupied with the annoyance I’ve felt when I’ve sometimes attended academic conferences of this sort. I had some space to actually think!

Why, why, why are we still using this form that was started I don’t know how many years ago? Why do we persist in putting speakers in the front of a room where they try to pack everything dear to them into a 30 minute shell? Why do we typically ignore so much that’s been learned about how we actually learn? What stops us from being more creative in use technologies that have become readily available in the last 5-10 years?

We’re trapped, I think, in an antiquated way of convening. It also seems, sometimes, that we bounce from one extreme to another. We either organize to maximize delivery of huge amounts of content that is organized in advance, or we use participatory methods to try to do everything in real time.

Let’s get smart and start blending:

These are, of course, just some initial ideas. My main point is that it is so very easy these days to start getting creative. Enormous sums of money are spent for conferences — travel, food, lodging, facilities, participant and staff time. Let’s do them better!