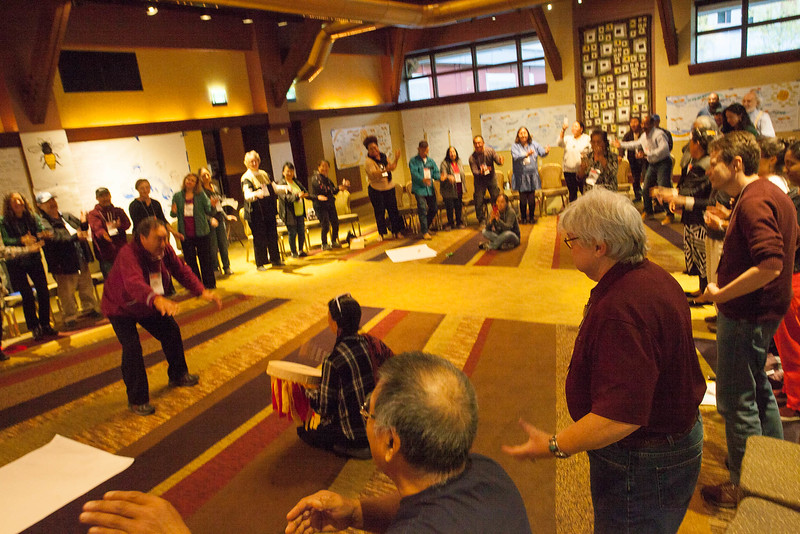 In 2108 the Unitarian Universalist Service Committee contracted with NewStories to design and facilitate a First People’s Convening on Climate Forced Displacement. The convening grew out of a conversation years earlier when an Alaskan tribal leader was discussing climate forced displacement with his counterparts in the South Pacific. He said one day you must come to my lands. More than 60 first peoples gathered. Principally from the South Pacific and Alaskan villages, and from Washington State, Louisiana and Bangladesh. In four days it became clear that with many versions, there was an overarching story that linked everyone in the room. ONE STORY: A REPORT OF THE FIRST PEOPLES’ CONVENING ON CLIMATE-FORCED DISPLACEMENT gives a glimpse of what happened those days.

A second convening was planned in Fiji for October, 2020. Once again NewStories was hired to design and facilitate the convening. Like everything else, it has been postponed. We are now pausing and reconsidering what’s needed now. Is there meaningful work we can do virtually? When will it be safe to gather. What truly flourishes when we are face-to-face and what can we do from a distance.

We’ll be sharing more as this evolves.