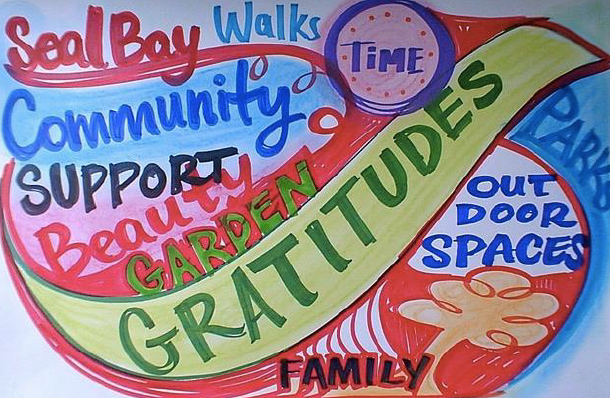 Few of us would have ever imagined that we would live through a global pandemic in our lifetime. As we began to come out of isolation and into a greater level of connection in June of 2020, many organizations that were active during the first phase of the pandemic began internal debriefs, also known as “after action reports.” But this debrief process tends to be focused on the organization’s internal disaster response – nobody was offering a similar debrief process for people in communities.

Recognizing that people in community would benefit in many ways from participating in a debrief process, and recognizing that the experiences of people in community are integral to the services that organizations active in disasters provide, NewStories began to partner with Health Networks and community groups to invite the community to come together to debrief virtually. During the debrief sessions, we invite people to make sense of the times we are in and to share ideas about how we could support each other better during the next phase of the pandemic. We also invited people to take some time to imagine a path forward to greater environmental and social justice, health, vibrancy, and resilience for the Comox Valley.

Read the report from the Comox Valley here.