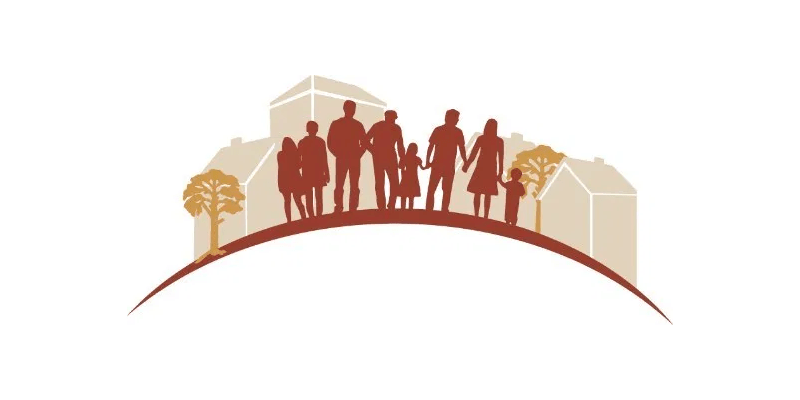 For the last several years Transition US (TUS) and NewStories have been working together to support people everywhere who are building healthy and resilient communities. We’ve been natural allies with similar values but using used different strategies. As we discovered two years ago in our “Stories to Action” project with Shareable and Post Carbon Institute, it’s both enlivening and productive to dive in together and create something new out of our strengths and differences!

So when earlier this year Bob Stilger from NewStories and I started thinking together about how to help people better prepare for severe events, especially those that are climate-related, we saw that household preparedness coupled with the building of neighborhood social cohesion, was a winning combination. The latter additionally provides a network of stability for all manner of situations – social disquiet, economic instability, and political division.

One impetus for Ready Together is our successful neighborhood project called Transition Streets which focuses on the reduction of household energy, water, and waste and brings clusters of neighbors together as they work through each chapter. The process works, and after a number of neighborhood leaders asked us to compile an emergency preparedness response, Ready Together was born. As the national hub of the international Transition Town Movement and lead for the Ready Together project, Transition US approaches preparedness in the same way it approaches its other projects, by building community. With Ready Together clusters of neighbors work through a self-guided handbook full of practical, affordable actions over the course of several meetings. The results are prepared households and support networks right there on our streets!

I currently live in Northern California where now every fall I dread the advent of wildfire season. Bob Stilger works with a number of communities in the area and brings extensive experience from his six years of work with communities in Japan following the 2011 Triple Disasters.

Along with NewStories, we have been working with Deb Needham Certified Emergency Manager, City of Renton’s Office of Emergency Management as well as Hannah Heyrich, Disaster Educator at City of Auburn, WA. Together we have created a process, framework and a curriculum for neighbors to get ready together.

Facing It All, Together

But Wait, There’s Even More Supplies

The Importance of Planning

When You Gotta Go

An Ounce of Prevention

The process is pretty straightforward. One person steps up to initiate Ready Together in their neighborhood. We’ll provide them with the seven chapters, a facilitation guide and coach them through the process. This “initiator” invites a cluster of near neighbors to participate. We recommend 5 – 8 households: small enough to be intimate and large enough to start to build cohesion on one’s street.

At a convenient time (typically once a week or every other week) the cluster gets together to work through each chapter, determine the actions they will take before the next meeting, and then between sessions, they get those done. In this process, real preparedness actions get implemented, AND neighbors get to know each other.

For the Ready Together curriculum, we’ve drawn from a wide range of public sources. Most of the information about household preparedness has been available for a long time. Most of us know about these resources, many of us agree we should get prepared, and even so, we are still woefully underprepared. There’s a range of reasons why that’s true. The main reason, we believe, is that the work of preparation is more easily accomplished with support. It’s not so much knowing what to do, as it is doing it. And with neighbors, doing it together, gets it done.

Right now we’re pilot testing the curriculum in a few neighborhoods. We’re raising money and developing a long-term plan. This requires building out our website, creating virtual learning programs for coordinators and facilitators, gathering and sharing the stories of what happens when neighbors get prepared, together, and much more. We hope that over the next several years Ready Together will help change the paradigm for preparedness.

Our intent is to both support neighbors in communities across North America in preparing for disasters, and to normalize and familiarize local disaster preparedness to the point that people just see it as something neighbors do. We plan to grow a large network of communities where neighbors are ready together, reaching a tipping point for new behavior.

Our beta-website is up. Check it out. Sign up to be notified and tell us about yourself and why you are interested. We’ll get back to you after the pilot launch. And here’s the current draft of the Introduction to Ready Together and Chapter 1: Facing Our Threats Together. Enjoy!

In closing, I just want to emphasize why being prepared is so vitally important. In 2018, the United States saw multiple, unprecedented natural disasters, from the deadliest wildfire in California’s history to the worst hurricane to hit the East Coast since 1969. Rain and mudslides hit wildfire-scarred areas of California, flattening homes, covering freeways, and claiming many lives. Flash flooding devastated Ellicott City, Maryland with residents scrambling to flee streets that turned into raging rivers from the eight inches of rain that fell in under one hour. Already in 2019, the North American blizzards produced two feet of snow in the Midwest, rapid snowmelt following the storm caused historic flooding and some areas received hurricane-force wind gusts – a storm said to be comparable to the 1993 Storm of the Century. In recent years, almost every state in the country has experienced major disasters of similar magnitude. Looking at economic costs alone, in 2017-18 in the US we have had 30 disasters with a price tag in excess of $1 billion each.

While there may be things we can do to lessen the scope of some of these disasters in the future, we all need to recognize that in a real emergency situation, our near neighbors are our greatest asset. With that in mind, let’s get our households prepared and build that social safety net right on our street. Let’s get ready.  Together.