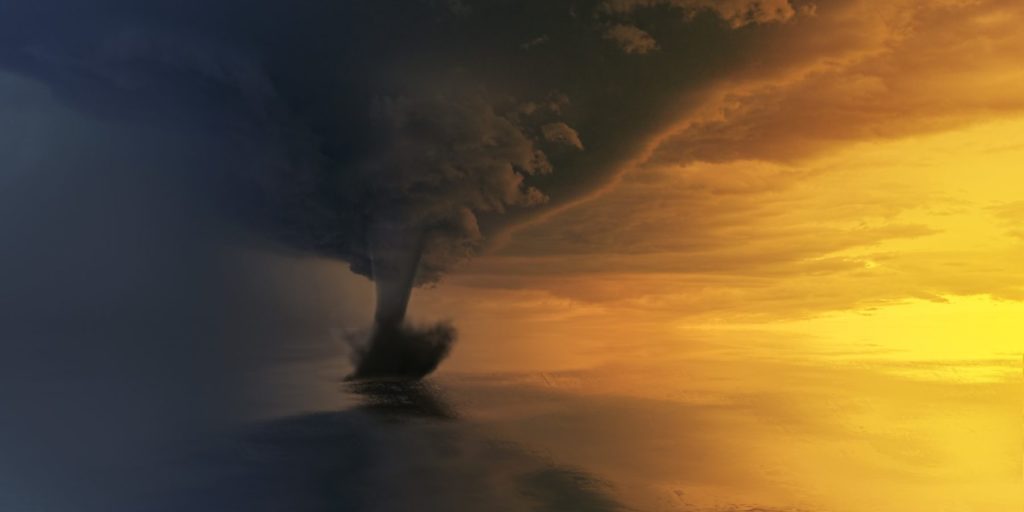 Almost every culture and religion has an end-times story embedded in it. Some of these stories are very present in the cultural consciousness, sometimes they seem more hidden and obscure. Their relevance to contemporary people seems to ebb and flow through time dependent on a number of factors ranging from natural disasters, wars, epidemics and turns of centuries or millennia.

We live in a time when many of these end-times stories are coming to the fore, seeming to converge on our age from a number of different directions. First, and perhaps most recurrent and most relevant in America, are the prophecies handed down about the Apocalypse in Revelation, the last chapter of the Christian Bible. In this story, a reign of terror, pestilence, war and plagues will descend upon the earth preceding the second coming of Christ and the dawn of a New World Order.

There has been much debate through the years about whether this is an old story written about the fall of the Roman Empire, a metaphorical story about how we as individuals go through change within our own psyches, or a future prediction of how the physical world will end in destruction. There have been many times throughout American history where groups of people have thought that this end is nigh and have acted accordingly, selling their possessions, fasting for days or even committing mass suicide to precipitate their own Rapture.

The Rapture is a particular interpretation of the Apocalyptic end times events that emerged in the late nineteenth century by itinerant preachers who combined various passages in the Bible to come up with a scenario where those who were true believers would be “raptured” before, during or after the Tribulation. The true followers of Christ would be lifted up out of their clothes, houses, automobiles, trains, and businesses and taken to the right hand of Christ before everyone else was wiped out by the vengeance of the Lord. The best selling books of all time—theLeft Behind series–chronicle these events in vivid detail. Many movies have been made depicting various aspects of the story. There are websites like www.raptureready.com that chronicle how close we are to these events by scanning the news for the latest on floods, famines, plagues, and war. There are radio programs and churches that preach this story constantly and guided tours to the Holy Lands that take people to the places named in the Bible to imagine the thigh-high rivers of blood.

This story is so pervasive that it is said to influence government to the highest levels. If the world is about to end as we know it, what difference does it make if we cut down all of the trees? If Christ can come again only after there is major war in the Middle East, wouldn’t it help the timeline along to help foment that war and prepare for it?

The stories we believe to be true influence our thoughts and actions and can, with enough power behind them, determine the reality for others. These “others” may not be too happy with the consequences of the story and begin to fight back. Bill Moyers was one of the first public figures to bring to light this largely underground story to non-fundamentalist Christians and expose its consequences to the rest of us. Numerous articles, jokes, and counter stories have emerged to diffuse the power of this story to create its own reality, but still there are estimates of fully a third of the American population that take the Rapture as a very real, very immanent story.

The Rapture with its accompanying Tribulation is not the only end times story. Its counterpart is found in many of the world’s religions including Judaism, Islam and Hinduism. Even so-called “New Age” thought imagines a very similar dynamic, if less focused on a singular Messiah. The Celestine Prophecy, for instance, describes a situation where the adept and the pure of heart (perhaps another way to describe “chosen ones”) will have a fine enough vibration that they will transcend this earth in an ethereal form, not unlike the Rapture. This version does not seem to necessitate destruction of the earth, though does presuppose that there are better, more sacred places to be.

While 2012 was looming on the horizon that date held the end-times prophecies from the Mayan and other indigenous cultures. Though there were those who debated the accuracy of an interpretation that has the Mayan calendar end in our Christian-based date of 2012, enormous energies from many different quarters were being focused on this particular date.

In part, whether or not a particular date is chosen, the scientific data from the earth itself seems to be revealing an immanent crisis on our planet that will impact our water, food, and energy resources. Impending drought, floods, excessive heat, cold, and storms seem to be setting us up for famine, plagues, financial collapse and wars over resources.

Are we indeed in the end times? Are all the stories in some way true? In what way? Is there another way to think about what is happening on our earth and to humanity? Is there way to participate in the story that would have another ending? Is it the fate of humanity to bear witness to creation for a few moments of cosmic time then fade from the world stage like so many other extinct species who were not able to adapt to changing conditions brought on by their own actions or by forces beyond their control?

Where are we in the end times stories? Are we at the end? In the middle of the end? Before the end? Does the story end exactly like we think it does? Do we try to make it end the way we believe it should—like hurrying along the Rapture by suicide or the second coming by hoping for or even promoting war? Is there another possibility outside the old stories that we have yet to recognize? Is there a larger story of how things have evolved on our planet that would have us see what feels like impending doom and gloom in a different light? Might we be on the cusp of a quantum leap in consciousness that would have humanity come into a radically new life-affirming and sustainable relationship with itself and the earth? How would we tell that story?