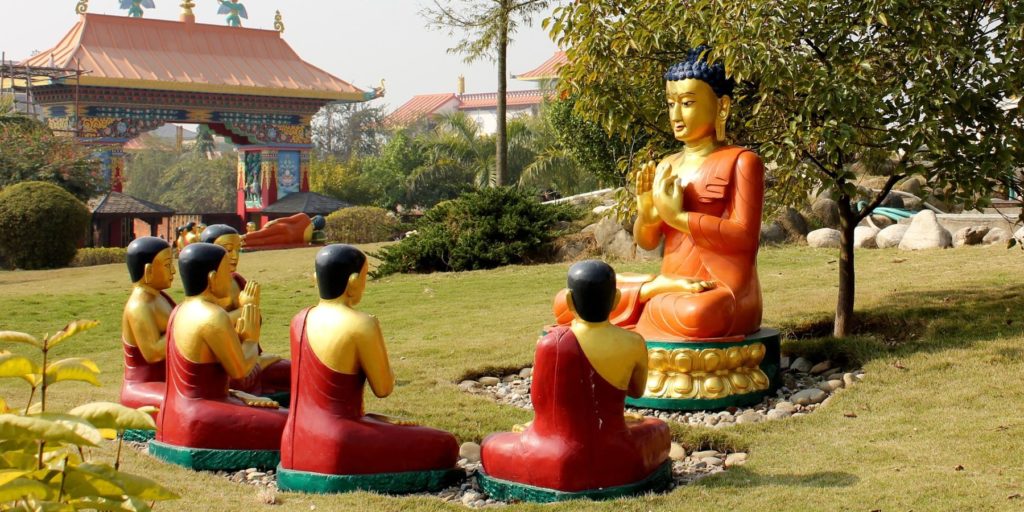 Teaching stories are a way to communicate profound and sometimes unusual concepts or ways of being through the vehicle of story. From my experience, there are teaching stories that have “lived in my heart forever,” guiding me and those around me through a number of life’s difficult traverses.

I was first introduced to the teaching story in 1970 when I was still in college. Through a variety of synchronicities motivated by my seeking answers to the underlying way of things, I found myself in an experimental school called Prana that was operating in a parallel universe to my more traditional studies at Stanford. Fortunately a few of the teachers were adjunct professors at Stanford so I was able to garner independent study credits for initial forays into the emergent field of transpersonal psychology.

James Fadiman, Robert Ornstein, Claudio Naranjo, Charles Tart, and Jose and Miriam Arguelles were all lending their edgy explorations so a few of us students could begin to grapple with Psychosynthesis, Gestalt therapy, the Enneagram, guided meditation, t’ai chi, mandalas, Rolfing, Aston Patterning, and new research into consciousness and the brain.

It was definitely a wondrous time to be alive. On Thursday nights, Robert would read us Sufi stories out of collections from Idries Shah, who, though I never met him, I have to count as my first spiritual teacher. These stories turned my perception around—which is of course what they were designed to do. 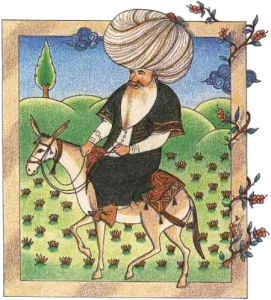 A simple example of a teaching story is one of Mullah Nasruddin, whose comic antics we have all heard in different forms. One goes something like this: Nasruddin was on the ground under a streetlamp searching frantically for his key. After awhile, several passersby joined in the search, scratching at the ground along with the Mullah. Before long, in frustration, one of them asked: “Nasruddin, where exactly did you lose your key?” Nasruddin pointed to the darkened area near the wall and said “Over there.” “Then why are we looking here?” “Because there is more light here,” replied Nasruddin.

Stories like this are designed to have us look at our own habituated behaviors, to see with sudden insight where we, in our own lives, are looking for something in a different place from where we lost it because it is easier or because there is more light.

Another story, my favorite, encompasses a much larger scope of life and is one I have used repeatedly in my own life and as a guide for my students. It is called Fatima, the Spinner and the Tent. In it a young girl, named Fatima, starts out happily living her life as a spinner. One day she goes on a journey with her father to take their spun yarn to a new market. The ship they are on is wrecked, her father is killed, and she washes up on a shore where a poor fisherman who makes masts for the local boats takes her in and teaches her his trade. 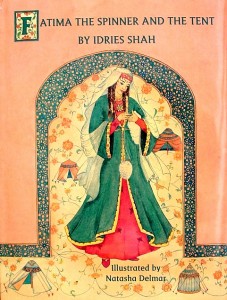 One day, while minding her own business, she is captured by pirates who sell her into slavery. She is bought by a clothmaker for his wife, but when he returns home, his house has been vandalized and his family killed. He frees Fatima and teaches her the clothmaking trade. After some time, they set sail with their wares and, once again, the ship is beset with a storm and sinks. Fatima is cast upon yet another foreign shore, on the one day of the year when criers move throughout the land calling for a foreign woman who will be able to make a tent for the Emperor in fulfillment of an ancient prophecy.

Fatima is brought before the Emperor and wracks her brain for all of the images of tents she has seen in her travels. She calls for stout cloth, strong rope, and sturdy poles. Of course, they have none of these, so she begins to use all of the skills she has learned in spinning, weaving, and mast-making to produce a tent for the Emperor. The story ends with her marrying the son of the emperor and living happily ever after.

I have come back to this story many times as a tool to grapple with the vicissitudes of fate that seem to have paths of learning or major relationships come to abrupt ends. At the moment of the shipwreck or the sudden change brought on by the equivalent of being captured by slavers, it is very difficult to see the whole or what could be the purpose in a sometimes violent disruption of a life pattern. Seeing that there indeed may be a purpose for a particular learning that will be essential for a “tent” that one cannot yet imagine can be a helpful context for navigating and integrating change.

Just this morning I worked with a woman who has zig-zagged her way through a bachelors degree in Art from Rhode Island School of Design, a masters degree in early childhood education, years working her way up to manage departments at Whole Foods and Ikea, and a three-year certificate program in Interior Design to be now asking herself “What is the tent?” She recognizes that she is unlikely to become any one of the things she has studied for alone, but that a larger context is arising that will encompass all of the skills she has gained along her path.

It is heartening to watch the emergence of the tent, not so much through conscious design, but through the natural fulfillment of a life’s journey lived by paying attention both to what has heart and meaning and to the unfolding of life circumstances that necessitate learning skills and undergoing initiations that one would not naturally seek.

I feel this in my own life as I begin to sense the tent coalescing around me in the form of creating a foundation and website in support of New Stories. I am being called upon to use of all of my life skills from years of psychological training, spiritual seeking, newsletter production, philanthropic experiments, social activism, and a life-long passion for the earth.