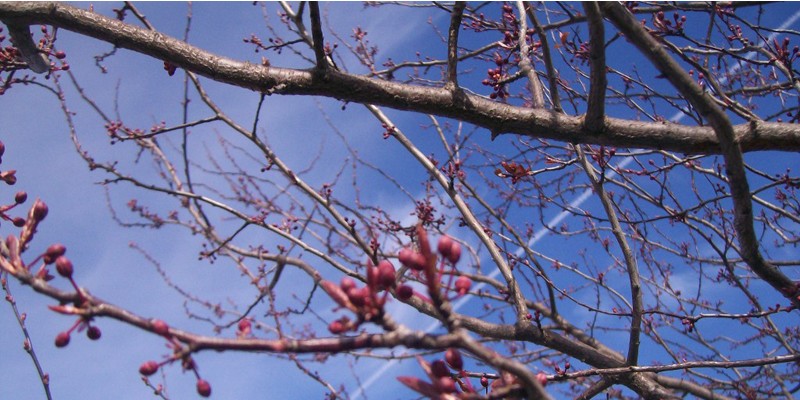 Story of Hope and Renewal

Every once in a while, I am called upon to stand formally in my role as an Interfaith Minister.  This is a short talk I gave as part of the Easter service at the Whidbey Institute on Whidbey Island, WA.

I was asked to tell a story of hope and renewal. Of Redemption.

My first thought was to turn my attention to my past, scanning my personal horizon for an emotionally packed story of transformation. One that would take everyone on the journey I took towards my own redemption. That would be a model, a parable, an inspiration. You know what I mean.

I couldn’t find one.

I wracked and wracked my brain for the images to come forth that would meet the challenge of speaking for a few minutes between songs in an Easter service.

They were not there.  There was no story.  It’s not that I haven’t had pain or trauma in my life and gone through to the other side of meaning and healing, it was that I couldn’t find any energy left in any of those stories.

Then I realized that that was the story! The story of redemption, of death and resurrection, is no longer about me.  It’s not about a singular Christ figure or any individual.  It’s not about the past.  It is about we.  It is even about yes we can. And it is about now.

Will we, as humanity, make it through this initiation where we literally have to change our minds about what we are, what our purpose is and what we are going to do with our one rare and precious planet?

From my point of view, we have to recognize that while each of us is unique in and of ourselves, we are all cells in a larger body.  We all have a function—and it probably isn’t to be the one to gobble up all the goodies so that everything else dies.  That’s generally called cancer—it kills the host body.

We need to change the balance of what we are in relationship to each other and to our world: in our beliefs, in our thoughts, in our bodies, in our actions.  We can be heroes or we can be extinct.

I just spent a weekend in a seminar with Rick Tarnas where he laid out the evolution of Man from being embedded in Nature, to our long separation in the rise of the axial monotheistic religions through the height of the Copernican revolution.  We are on our way back now, coming into a new awareness of our oneness with Nature, but from a much larger perspective, where we now recognize we are in a race between initiation and catastrophe.

How do we do it?  How do we go through this initiation? We do it the way Christ did.  We die to our old identity and resurrect into a broader field of awareness, capacity and compassion.  What I’ve learned over the years and why I can’t find an old story is that my sense of “I” has already died many times, only to find myself resurrected in the same body.  From my early plant medicine journeys, through past-life regressions and non-dual awareness trainings, in every vision quest in the desert, for every failure and illness and symptom of aging, I have died to an old sense of self, to who I thought I was.

I let of go my identity with the project, the relationship, or what my parents did to me, and opened to a new possibility.  In facing that death, I discovered I didn’t die but actually became more alive.  For me to get through the trauma of my mother’s abandonment of me in childhood took me years of therapy and everything from Est to Hoffman to Jungian analysis and a whole resume in between.  More recently I poured two full years of my heart, soul and energy into a project only to have it come to a screeching halt in one vivid moment of clarity.  Patterns that used to take years to redeem now dissolve in seconds and I am free.

This ability to face death and go through it is what gives me hope. And for every one of us who has passed through that dark passage whether in birthing, dying, failure, accident or illness and found ourselves still in the same body, we contribute to a thinning of the veil for others and to the possibility of an empathic civilization.  We don’t journey for just ourselves, whether it is partaking of a sacred medicine or fasting on water for four days in the desert or sitting at the bed of someone dying as we chant the Heart Sutra.

We need to know how to be with ourselves and stand with each other in the passages.  The hope is in the ‘we’, in the journeying together.  Most of you, by the time you reached adulthood have had some kind of initiation where you faced death—whether you chose death as an advisor forty years ago when you read Carlos Castaneda or have been thrust into a confrontation through the near-death of yourself, the loss of another, or the death of a belief, an idea, an identity, a relationship, or a dream. You are still here.  You went through the gate of the initiation and survived. It is what we know how to do.

We are now faced with a collective initiation—a rite of passage from adolescence to the adulthood of humanity where we shed our childish ways of indiscriminant consumption and ignorance of the consequences of our actions and take up the responsibilities of living in harmony with others and in balance with Nature.  We are initiates.  There is never a guarantee in any initiation that we will make it through to the other side, but that doesn’t mean that we don’t stand and face it.  What gives me hope is that so many have already faced this process, so that together we already know how to face what comes.

Thich Nhat Hahn said that the Buddha will return not as an individual but as a sangha, a group, a collective.  This is the time of ‘we’.  Can we, as humanity, go through the initiation, the vision quest in which we die to what we were, pass through the threshold into the liminal time, the unknown space, the deeper mystery and be there in our strength and capacity and wholeness and open to a greater unfoldment?  I believe we can and do hold the pattern of redemption, of what it is to transform, to be present for the death as Christ was, to understand that forgiveness and even gratitude are in order as we surrender into what is next.

What is next is a new and mature relationship with Life, our life, each other’s lives and the life of Earth.  We were born into the temple of Life and we are passing through the initiation of becoming conscious partners with its unfolding.  And it is not a Life that negates, denies, or fears death.  Death is part of the larger cycle of Life.  The process that creates living, being incarnate, being embodied is a rare and precious privilege, a staggering mystery, one that calls from us our utmost consciousness, care and capacity.

1 thought on “Story of Hope and Renewal”