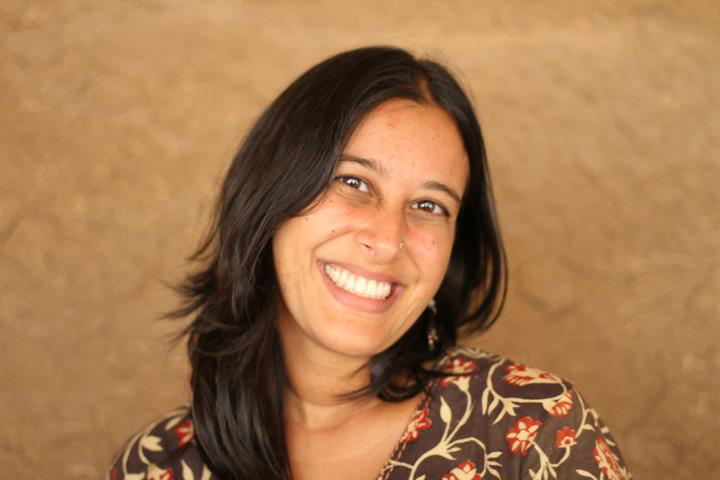 Shilpa Jain is currently rooting herself in Oakland/Berkeley, CA, where she serves as the Executive Director of YES!. Prior to taking on this role, Shilpa spent two years as the Education and Outreach Coordinator of Other Worlds and ten years as a learning activist with Shikshantar: The Peoples’ Institute for Rethinking Education and Development, based in Udaipur, India, where she served as coordinator of the Swapathgami (Walkouts-Walkons) Network. Shilpa has researched and written numerous books and articles,  and facilitated workshops and gatherings on topics including globalization, creative expressions, ecology, democratic living, innovative learning and unlearning. Her publications include A Poet’s Challenge to Schooling, Reclaiming the Gift Culture, Other Worlds of Power, Paths of Unlearning, Unfolding Learning Societies volumes one, two and three, and several issues of Vimukt Shiksha (“Liberating Learning”) and the Swapathgami newsletter “Making Our Paths of Living and Learning”. She is also co-author of “Connect. Inspire. Collaborate”, a highly sought-after facilitation manual.

Shilpa has facilitated dozens of transformative leadership gatherings in India, Jordan, Senegal, Lebanon, Egypt, Thailand, Canada, Peru, Pakistan, Puerto Rico, Turkey, and the US, working with hundreds of young leaders from over 80 countries. She was founding coordinator of the Global Youth Leadership Collaborative, a network of 15 Jam facilitators from 14 countries that has collectively produced dozens of international gatherings for young changemakers, and distributed hundreds of thousands of dollars to small-scale grassroots social change innovations worldwide.

Many years ago, Shilpa made the decision to leave the trappings of academia, Washington, DC, and the path of “professionalism” that had been laid before her to live and work in greater alignment with her soul’s calling. Today, she sees her work as contributing to the deep healing of internal, interpersonal and systemic breakdown. Shilpa is committed to using very simple human technologies – like listening, speaking from the heart, slowing down, breathing, and connecting to nature – to support authentic relationships, a deeper sense of self, an essential shift in consciousness, and aligned living practices. She is passionate about dance and music, organic and natural farming, upcycling and zero waste living, asking appreciative questions and being in community. All of her work seeks to uncover ways for people to free themselves from dominating, soul-crushing institutions and to live in greater alignment with their hearts and deepest values, their local communities, and with nature.