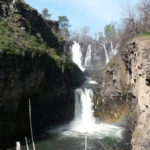 The Wisdom Of the Fringes

In the end, I believe that those who call forth the most collective intelligence and wisdom will be those who can manifest – and help others manifest – two vital capacities:

1. the ability to include more of what is normally overlooked and excluded and

2. the ability to use diversity and disturbance creatively.

Obviously, these are not always easy to do. But then, neither is “Love thy neighbor as thyself.” However, we all need to exercise these holistic muscles at least a little bit on our shared journey to collective wisdom.

These capacities are important because our world is whole, complex, interconnected, and always changing. It is seriously messy and hard to track. It is all too easy to overlook the many non-obvious, non-trivial factors that will – or could – play a big role in what’s going to happen next.

In order to notice as many of these tricky factors as possible, we need to step out of our normal ways of thinking and feeling. That’s why I advocate a bias towards inclusion and the ability, once we include some of those tricky borderline cases, to use the resulting diversity and disturbance creatively.

So this is an invitation to welcome into our midst some non-obvious, non-trivial people, puzzles, information, perspectives, and resources that we would rather not have to pay attention to but which – from some loftily objective perspective – we had better take into account if we want to achieve anything remotely like wisdom and transformational innovation. Mainstream business-as-usual – especially limited to our comfort zones – is just not going to cut it.

Some practitioners of Open Space have a saying – “Welcome the stranger” – that hints at this. Open Space, like many other nonlinear “emergent processes” (e.g., The World Cafe, Appreciative Inquiry, Dynamic Facilitation, etc.), has a quirky capacity to productively deal with the resulting diversity and disturbance.

Along the same lines, evolutionary theory suggests that evolution tends to happen most rapidly “at the margins” where one set of living patterns meets another, generating some friction and dynamic tension which exert a kind of pressure for new things to show up, from which natural selection can then pick solutions that resolve or creatively utilize those particular tensions. Similarly, chaos theory notes that life gravitates to “the edge of chaos” – a vibrant zone bounded by the twin dangers of too much order and too much chaos. The entities and patterns of life that persist don’t venture too far towards chaos when conditions are stable, and don’t venture too far towards order when conditions are changing. They are the responsive, self-organizing “chaordic” entities and life patterns.

So in our challenging, rapidly changing times, we find ourselves in need of fringes and edges, of borderlands and strange encounters. My interest in this realm comes largely from wondering how this fringy dynamic might play out in democratic politics and governance, especially in co-intelligent versions of democracy designed to enable public conversations to generate public wisdom that can deal well with our very serious 21st century challenges.

I am coming to suspect that it is the fringes that make the difference between collective intelligence and collective wisdom.

Collective intelligence solves problems or resolves conflicts of, by and for a group, an organization, a community or a whole society. It solves those problems and conflicts for the here and now – for people who are interested, aware, and involved.

Collective wisdom, on the other hand, has a bigger challenge. It needs to expand out from the particular problem or conflict, from the here and now, from those interested, aware and involved. It needs to embrace larger contexts, interests, drivers and possibilities. It has to consider the deep needs of people long-gone and yet unborn, and to delve into deeper levels of understanding and caring. It ventures into unseen dimensions of life – into background trends, hidden corruptions and connections, psycho-spiritual influences, scientific microcosms and macrocosms – to realize unexpected consequences, novel resources, and extraordinarily potent answers. Being the Big Picture form of intelligence, wisdom is born out of our capacity to stretch creatively into the unknown and the unacknowledged, into the new angle, the deeper parts of ourselves, the fringe insights and possibilities.

In the borderland where collective intelligence begins to expand into collective wisdom we see radical inclusion of erstwhile opponents in conversations enriched with broad-spectrum perspectives and information. We find Citizen Juries of randomly selected citizens studying briefing materials which summarize the main conflicting approaches to the issue they’re considering and then spending a week interviewing diverse partisans and experts and pulling together conclusions and recommendations to share with the public and its representatives.

Such approaches are so much more collectively intelligent than the polarized battles, bought-off politicians, and back room deals that shape so much of public policy today. They are also wiser, although usually hovering on the edge of real wisdom. They don’t journey too far in the direction of greater wisdom. That would take more thought, time, and resources. And it can seem just a bit too theoretical and risky for those involved in making things better now, with what we have.

But we need that bigger, longer-term wisdom. Given our circumstances, we can’t be satisfied merely with intelligence, even when it is collective. We need to invite and push ourselves and each other beyond smart into big-picture ways of being wiser together. Why? Because that’s where our greatest challenges and dangers will transmute into our greatest creative breakthroughs and positive possibilities. And because we are talking the edge of extinction here, for ourselves and so much of the rest of life – an edge that luckily also contains all our prospects for a far, far better world.

STRETCHING INTO THE FRINGE

Open-ended emergent processes like those mentioned earlier are one approach to calling forth this wisdom, an approach especially suited to facilitating self-organization and transformation in organization and communities. Initiatives to generate transformational public policy, however, could benefit from a different approach – specifically, expanding the techniques of deliberative democracy into the fringes.

For example, the practice of “framing an issue for deliberation” involves breaking the mainstream arguments about an issue into 3-5 diverse approaches, summarizing them, and presenting them as educational stimulants to citizen deliberators. Occasionally, the deliberators are charged with choosing one approach over the others. More often, they are invited to pull together an approach that seeks to resolve some of the difficult trade-offs that these competing approaches demand, often by mixing and matching aspects of them all. Sometimes deliberators are even challenged and empowered (perhaps with Dynamic Facilitation’s “choice-creating” process) to come up with something quite different from all the mainstream approaches – something that addresses the issue at a deeper, broader, or more imaginative level.

Alternatively (or additionally) citizen deliberators could be explicitly invited into the fringes. The Web is filled with non-mainstream information and solutions for virtually every issue we face. What if the 24 citizen deliberators in a Citizens Jury (for example) were broken up into 6 teams of 4 deliberators and given an afternoon to search the Web for the most useful existing information and/or possibilities they can find, relevant to the issue they’re working on. Each team would work independently from the others, in parallel, with any Web-searching assistance they needed. They would be challenged to find information and options that are even better than what the other teams find. At the end all the teams would come together to share and discuss what they found. It would be an immersion in the messy world of the Web’s juicy fringes, with no pre-ordained instructions or conclusions. Informed by their earlier studies and interviews, the 24 deliberators could tap that rich brew for new ways of thinking about and solving – or even transcending – the issue before them. It would be interesting to then bring in new experts who know about the new options the deliberators are considering, and to engage those new experts with the previous, more mainstream experts, to delve deeper into understanding what’s going on and what’s possible.*

Public wisdom involves the public and decision-makers (whomever they may be) taking into account what needs to be taken into account for broad, long-term benefit. We need an active inquiry to formulate, test, use and institutionalize many diverse approaches to generating such wisdom. The very diversity of approaches would be a resource for wisdom. As a reader of this essay, you may have your own ideas. That’s great! Post them as comments on this blog. This essay is intended merely as an initial stimulant to raise interest and energy for the vital inquiry about how we can co-create our participatory wisdom.

Blessings on the Journey.

* For example, think about the debates you’ve heard about taxes and the budget. In those debates, have you heard discussion of a “financial transaction tax” (FTT)? The fact is that there is widespread but mostly unpublicized discussion of this FTT idea, attractive to many on both the Left and Right. Some people say we could use the proceeds to end income taxes altogether, or end global poverty, or pay off the national debt – depending on how the FTT was designed – while at the same time stabilizing global financial markets.

Then there is the issue of the military budget. Rather than just fighting over how much to cut, where is the discussion of the role of the military in America’s survival and well-being and where are comparisons of how that survival and well-being might be differently served by using all or some of that money for different purposes? What IS security, anyway?

That questions might well lead us to the climate change angle on government expenses – from paying for catastrophes like Sandy to paying subsidies to fossil fuel industries – and to possible government revenue sources like a carbon tax (the treasure of which might also be paid equally to every citizen to build support for the proposal and to offset any additional carbon-derived price burdens borne disproportionately by the poor).

Even beyond these radical possibilities we find the idea of reducing government expenses (and government itself) by empowering local communities to self-organize, to build their wealth and economics locally, to become more self-reliant and resilient, and to expand the role of sharing, gifting and mutual aid in sustaining themselves (which would handle a number of other social and environmental problems at the same time).

This note is offered as a small taste of the kind of out-of-the-box perspectives and options which any citizen deliberation considering tax and deficit policy should have a chance to consider en route to wiser solutions. You, like those citizen deliberators, can find out more about these and other options on Google and Wikipedia.