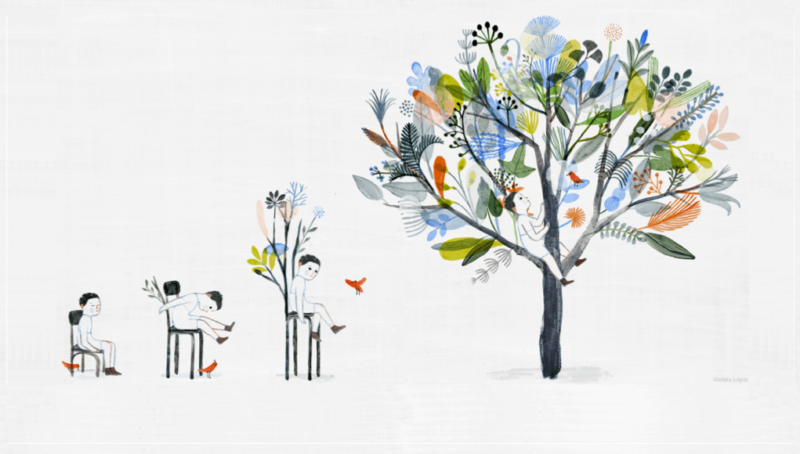 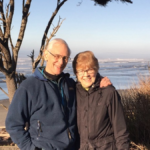 Toward a Larger Patriotism: Reflections for a Transformed Narrative for America

Why a New Narrative?

It has been observed that next to a banjo, the most potent instrument for social transformation is a story—and that the future will belong to those who can tell the best story of the 21stcentury.  In the spring of 2018, concerned about the growing polarization of our society and its consequences, the Whidbey Institute convened a series of three dinner salons to explore the creation of a new and more adequate narrative for our nation as we move into the election season. This brief essay has emerged from those formal conversations, along with multiple informal conversations with other committed citizens. It is informed as well by many others across our country working to create a new, more resonant, and viable narrative for our nation today.

Beginning in childhood, stories are how we make meaning of our lives. Stories also shape communities, institutions, and societies. Stories form the heart of a culture. As mediators of reality, stories can be more powerful than issues or even facts. Thus, when conditions change and the old story no longer works, the best approach is to tell a better story. A worthy new story will build on the truth of the well-worn tales, while also taking into account their limitations and the challenges of the emerging future.

The Task of a Transformed Narrative

We live in a time of dramatic change—environmental, technological, economic, social, moral, spiritual.  The great work of our time is to forge a human response to these unprecedented challenges, one that recognizes both our national responsibility and the creative potential of the human community as whole.

A national narrative for our time must be emotionally satisfying, intellectually credible, and morally compelling. In ways that honor this historical moment, it must find resonance through time and across a broad range of communities, and transcend today’s harsh polarization in which each side fears that if the other “wins,” their side will be “crushed.”

Toward a Larger Patriotism

“Patriotism” has many meanings beyond unquestioning loyalty, simple slogans, or mere lip-service to the flag.  A narrative that can embrace and transcend today’s political and cultural polarization must draw from a deeper well. Like those of other nations, the American story is grounded in the love and pride of a particular place—our homeland that stretches from sea to shining sea and shares borderlands with Canada and Mexico.  It is also grounded in a particular purpose, a deep intent—calling for loyalty to those “self-evident,” God-given principles that have inspired the dedication and hard work of generations of committed people who have struggled to claim—and sacrifice on behalf of—the principle that all are created equal, and pledging allegiance to our republic “with liberty and justice for all.”

A more profound patriotism requires that we now honor a more complex story, one that began long before July 4, 1776.

The taproot of our democracy is grounded in the pulse of the human spirit—a longing for freedom, community, and self-governance that has been manifest through the ages. It was felt by Native American peoples and by wave after wave of others brought to these shores by adventure, desperation, coercion, or hope. This deep aspiration that every person could have the freedom to pursue their full potential if we work together was given enduring form by our founding documents: the Declaration of Independence, the Constitution of the United States, and the Bill of Rights. These documents were never intended to describe contemporary reality. Rather, they are aspirational documents, pointing toward who we could become—as free individuals within vibrant communities in a democratic nation continually engaged in a dialogue among passions and politics to shape an evolving democracy. This call for a larger patriotism lies at the heart of the American Dream that has inspired the best in our nation and has served as a beacon for people around the globe.

That Dream, which includes but is more than an economic ambition, has served to build freedom and prosperity for many.  Yet at the same time, too many others have suffered, and continue to suffer, the violation of those aspirations in the caldrons of racism and indifference. This is all part of our story—an account that must ring true, a narrative even now being written, the story of a country that is bold, still young, but mature enough to lean into the great work still ahead.

America is still a work in progress.Our greatness is yet ahead of us.The gifts of our past are many, both achievements to be revered and failures to be grieved, learned from, and thus transformed. We are on a steep learning curve; we are called to build a narrative that will enhance our capacity to hold complex truths: to do a lot of “boths.”1

That is, we have come as far as we have as a species and as a nation both because of a fierce respect for individual liberty and because of our capacity to work together for the common good.  The call now is to both freedom and responsibility—independence and interdependence.

We recognize that others are also working to create a worthy and compelling narrative for our country and times. Indeed, any unifying story must be made up of many unique and partial stories set in dialogue with one another. We offer these reflections as a part of that conversation.2

We acknowledge the enormity of the task of creating a transformed narrative. We know we cannot solve everything in one election or one generation, but we must be faithful in our time both on behalf of those who have come before us and those who will follow after us into an uncertain future.

The creation of a transformed story will not happen overnight; it will not be accomplished by a small handful of people, nor will it be a single narrative. Rather it must be re-imagined, re-told, re-sung, re-painted, re-shaped, re-danced in a thousand different ways throughout our nation. Paradoxically, while this work will take time, it must be undertaken with respect for the urgency felt by marginalized citizens and immigrants who have already waited too long.

Ultimately, our faith lies in the reality that everyone longs for liberty, and that we all need each other. We believe that there is a deep longing in the American soul to be united in something bigger than ourselves that we share and that is good. It is this larger patriotism that orients and informs such core concerns as health care, education, gun rights, environmental protection, voting rights, secure borders, religious freedom, and immigration policy—all of which become our shared common work.

Toward the end of one of our conversations, we invited people to call up an image that would evoke a new American story. One woman suggested a great American flag, tattered, torn in places, but held by many people like a great fire fighter’s net. An African-American man then suggested that gradually through some of the rents in the fabric, there emerged additional people of all colors, ages, abilities, cultures, religions, and sexual and political orientations, each holding part of the flag, singing together as some mended the rents, one song with many verses, each contributing to an emerging, transforming American story—a worthy American Dream.

We offer these reflections to encourage the narrative imagination of others, especially those who are working to provide political leadership in our civic life in this tender, brittle, dangerous, and promising time. Now is the time to rededicate ourselves to a larger patriotism.

Questions for further conversation over coffee or dinner with friends and loved ones. Try listening to everyone’s response before discussing.

As we move to interrogate the past, to learn clear-eyed from our failings, we must also move beneath the shame, the blame, the anger, the fear, to acknowledge the deep grief for the loss of what once seemed so worthy to some, yet was so oppressive to others. The destruction of an ancient ecosystem and displacement and genocide of a proud people who had lived on this land for centuries must be grieved even as we recognize the courage of the westward-moving settlers and the cowboy’s dream of endless freedom on the “wide open range,” now also lost to the forces of modernization. We must acknowledge the tragic violence of chattel slavery and the ongoing pain of its racist legacy. The self-sacrifice of soldiers requires respect even as we recognize tragic causes for which they may have fought. The great economic prosperity the fossil fuel industry brought into our economy must be acknowledged even as we now recognize that it has contributed to irreparable harm on our planet. And we must grieve the losses felt by the millions of coal miners, factory workers, and farmers whose labor and struggles over the past century have made us the richest nation in the world. Until the stories of all Americans are woven into a new and shared narrative, we cannot realize the promise of the nation that we can yet become.

Here are some resources for your further review.

There are a rapidly growing number of on-line sites exploring a new narrative, see for example, The Storie of the Future as well, of course, as right here at NewStories.

This essay may be freely copied for distribution

1 thought on “Toward a Larger Patriotism: Reflections for a Transformed Narrative for America”