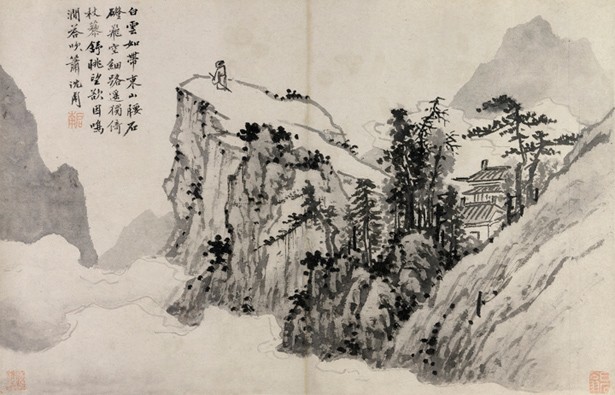 What an amazing couple of days.  As usual, I didn’t know what was going to happen.  My friend Honda-san had said, let’s go visit the smaller towns nearest the reactors and a woman who has been working with me in many ways, including as a translator, Mame, said she would come too.  We were joined by a second young woman who has just returned, after 15 years, to hometown of Koriyama.

It was a little easier this time than my visit to Namie a couple of months ago (See earlier blog).  We started the first day in Tamioka and Okuma and then Hisanohama.  Tamioka and and Okuma are both about 6 miles from the reactors and had populations of 15,000 and 11,000 — all evacuated. We ended the day in conversation with several people from across the region at a onsen — hotsprings hotel — in Iwaki, the largest town in Fukushima.

On Saturday we went inland to the most western part of Fukushima — Aizu — where the snow is already 8″ or so deep.  Aizu is home to many of the people evaucated.  We caught the end of a Christmas party for people in a temporary housing site for people from Ohara and then caught the middle of another Christmas party at the temporary housing for people from Katsurao.  People from both towns have been evacuated from a region known as “Hawaii in Japan” to a region with severe winters.Today, before heading for the airport, I hosted a small gathering of people from some of the eight small towns that surround the reactors.  It has been a very illuminating three days.  Let me share some of the picture. 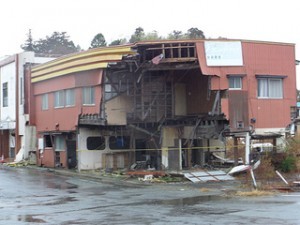 The image at the right is actually from across the street from the now deserted train station in Okuma.  The tsunami here on March 11th was smaller than further north.  The tsunami wave was between 20 and 30 feet high — much smaller than the 60 foot wave in the north.  Still, it was deadly and fierce.

Most of the damage has not been cleaned up, because of the radioactivity.  Measurements in this area range from .02 micro sierverts — like in Fukushima — to as high as 4-7.  For comparison, an X-Ray Machine emits about 10 micro-seiverts.  I’m still trying to understand all the measurements.  There is a different scale used for airborne radiation (which is whatwe’re talking about here), for radiation in food, and for radiation in the water.  Let me try to explain some of the complexity.

Parts of Okuma and Tamioka have radiation levels which are judged to be low enough for people to return.  This means that the residents of these areas will stop receiving “radiation money.”  For many, since everything else was taken away, this is their only income.  Among other things, resentments grow among those who are still receiving radiation money and those who are not.  The decision is based on the convenience of street numbers of their houses rather than trying to base it on whose home is “safe” to return to and whose is not.  Government can only think in boxes and they try to be fair — and their fairness is often a disservice.

People nearby, in Hisanohama, could care less about the plight of those who have been receiving radiation money.  They didn’t receive any compensation, even though their homes were destroyed and they have been living in shelters and temporary housing since 3.11.  See the pictures in FB Photo Gallery — a wall of photos of the damage in this area. Money keeps being a problem!  Resentments, a target for grief, Confusion and uncertainty.  FearIn these eight communities, the issues are very similar:

These are just a few examples.  Some people — logical, rational people who do not live here — will say, why bother?  Just move somewhere else!  But this is home. And people are determined to make a new life here, now, so that others can return in the future.

The outsider (meaning anyone who lives outside the Futaba region between Minamisoma and Iwaki) is valued.  People who live in the region of these eight communities say we’re too busy dealing with the huge issues of the present to think about the future.  It is completely understandable.  How do we create the conditions which allow people to share learning and practice?

I’m on my way back to the US. I’ll be back here in two months. I’ll be working with my dear friend Hide Enomoto to  introduce Joanna Macy’s Active Hope work in Fukushima, hosting a gathering of activists from across Fukushima to talk about strategy, taking the next steps for learning and support in the Futaba region, and other work in Tohoku.