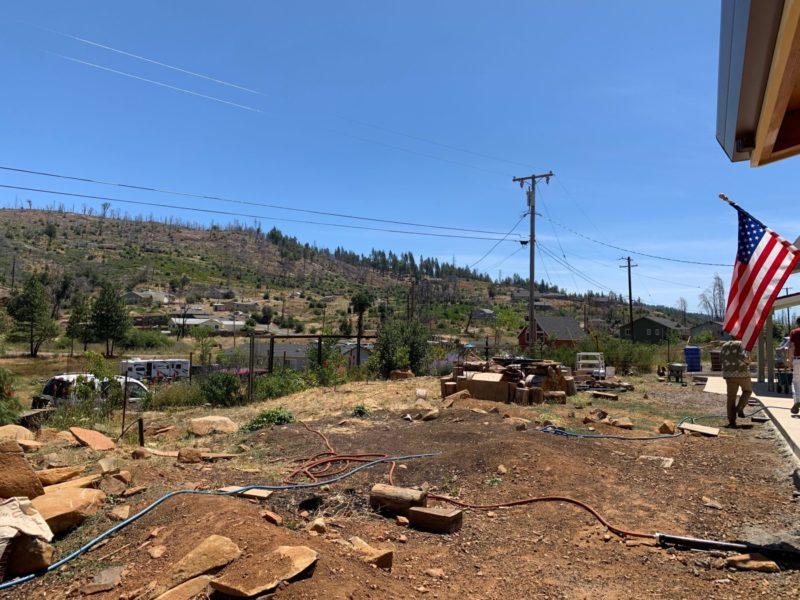 Last month I had the privilege of spending a couple of days with folks in Lake County, California. It’s a small county – only 64,000 residents with 2 incorporated towns. Per capita income is the lowest in California and various health measures show it as one of the most challenged.

These statistics show just part of the picture. The county’s also filled with hard working, committed, resilient folk who live around the largest lake in California and call this place of extraordinary beauty home. Devastated by the Valley Fire four years ago, for those who don’t live there, Lake County is often an afterthought. Other fires, bigger fires, fires in more wealthy areas get the attention now. People in Lake County keep on building new community.

One example is the Cobb Area Council. Under California law, unincorporated areas can petition county government to form an area council as a way for neighbors to organize together. NewStories friends Eliot and Magdalena Hurwitz worked with neighbors to start one not long after the fires. I was there with friends from Paradise. I couldn’t help compare it to the Paradise Town Council meeting I went to in June. It felt like a forum for Paradisians to yell at the Town Council (a council that sure didn’t stand for election to lead the recovery of the most devastating fire in California!). Instead, the Cobb Area Council was a group of 35 or so people working with each other – talking about different projects, inviting each other in, discussing priorities, offering to help. Eliot told me afterwards that it wasn’t always like that. The first meetings were a lot like the Paradise Town Council. But people came into relationship with each other, developed trust, saw common work — and went after it. Time, patience, persistence. It takes a community.

The rebuilding in Lake County is agonizingly slow. Four years out, about 12% of the homes have been rebuilt. Clearing remains of the fire takes time. Settling insurance claims takes time. Getting financing, acquiring building permits, and then, of course, getting materials and labor. Valley was one of the early modern fires. Folks from Paradise, hearing Valley fire stories, said “you broke the trail for us.” In Lake County insurance claims required exhaustive, detailed documentation. The process was simplified bu the time of the Paradise fires last year – still onerous, controlling and irritating, but not as exhausting.

One person in the Cobb Area remarked that the permitting process was designed to favor the privileged. You had to have time and stamina to jump through hoop after hoop. And then there is the disaster of post-disaster rebuilding. Plywood’s one example. Lake County needs plywood. Whoops, it’s needed more in Sonoma. Wait it minute, it is needed more in Texas. Cancel that, Florida is worse and gets first claim. Or contractors. Where are they going to work — in Sonoma where they can charge $550 a square foot, or in neighboring Lake where they can only get $300?

Befriending uncertainty. Letting go of knowing what is going to happen how, when. Those are the orientation needed to move on after everything falls apart.

We better get good at it. We better figure out what’s truly important and step towards it. We better learn how to turn towards one another. We have to let go of stuff that just doesn’t work and doesn’t serve us. We are alive in a time when the era of the consumption age is coming to an end. It hasn’t worked out all that well for us or for the planet. Will we find insight, courage and stamina to create a new era? I sure hope so. Our very lives depend on it!